Lambeth’s Labour councillors have achieved a major victory in their campaign to clean up the borough’s air.

As of today a new clean bus route will operate between Brixton and Streatham, meaning only buses which meet the toughest Euro VI emission standards will be permitted. The Brixton Low Emmission Zone will cover 23 scheduled routes, carrying over 130,000 passengers a day on a total of 450 buses.

TfL estimate that this will reduce harmful NOx emissions from buses on these routes by around 84%.

In 2016 Lambeth Labour launched the Clean Air for Lambeth campaign, calling on the Mayor to do more to tackle the borough’s toxic air problem. One of the key demands was the introduction of a Clean Bus Corridor  on the highly polluted A23. A petition signed by over 1,000 local residents was submitted to City Hall and the campaign paid off when the Mayor announced that Lambeth would become one of the first boroughs in London to get the cleaner, greener buses. 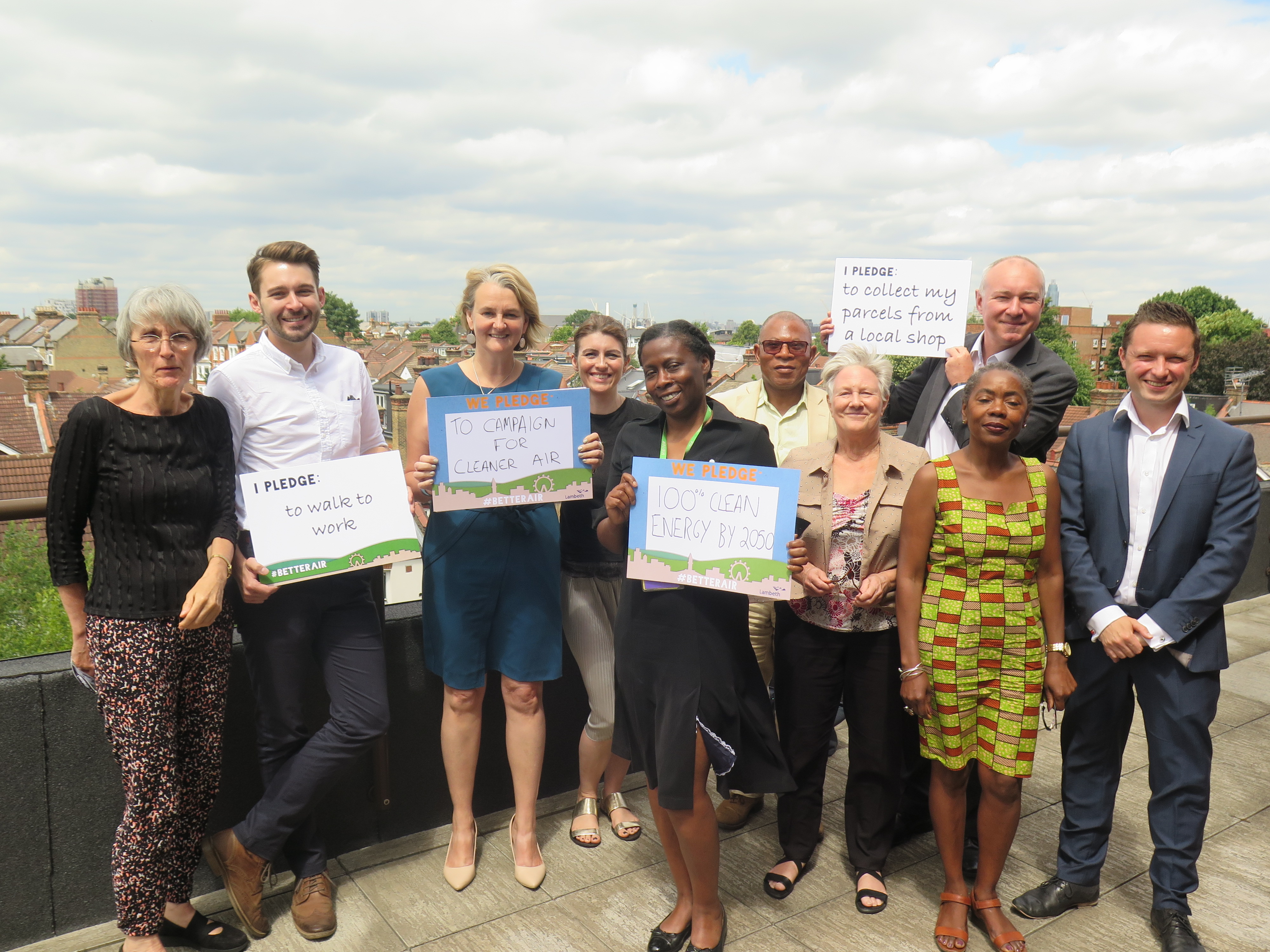 2017 has been a year of action against air pollution in Lambeth. Labour councillors have:

The Brixton zone is the second of 12 new Low Emission Bus Zones to be introduced at air quality hotspots. The first zone launched on Putney High Street in March 2017. Already, the route has seen a 90 per cent reduction in hourly pollution exceedances and early analysis suggests a significant reduction in annual NO2 concentrations at Putney High Street.

“Having a clean bus corridor through the heart of our borough is something we’ve been campaigning for for a long time and I’m delighted that the Mayor has implemented this.  Poor air quality is a killer, there is no doubt about that, and we are determined here in Lambeth to do all we can to tackle pollution and improve the air we breathe. This is an issue that needs us all to work together and I’m encouraged by the Mayor’s commitment to do just that.”

“Air pollution in our city is a killer and it is something that here in Lambeth we are determined to tackle.  We started the campaign for clean buses over two years ago and I’m delighted that this Mayor has listened and acted to improve our air quality.

“We are working hard every day to improve air quality through our borough, particularly looking at protecting our children and elderly people, and making it easier and more pleasant to cycle in Lambeth, rather than use cars.