Santander bikes are coming to Brixton!

Santander bikes are coming to Brixton. Seven docking stations, linking Brixton to Stockwell will be installed, with space for up to 200 bikes. 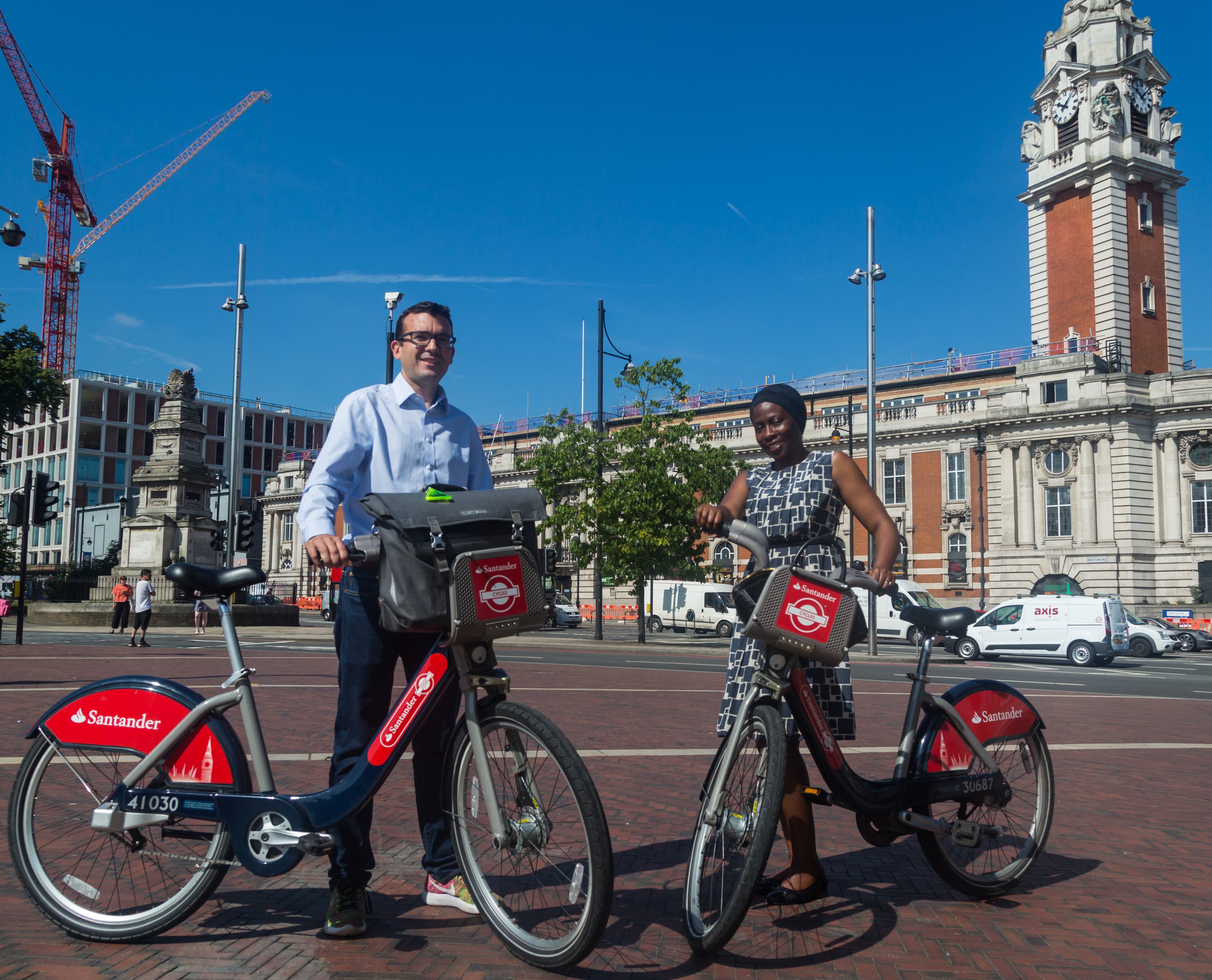 Lambeth Labour has doggedly campaigned for the network to be extended since 2010, lobbying the Mayor, putting together a detailed business case and submitting a community petition signed by thousands.

Under Boris Johnson while the bikes were rolled out to Tory-run Wandsworth and affluent postcodes in West London, Brixton was overlooked.

Now Cllr Jennifer Brathwaite, Cabinet Member for Environment & Housing, has reached an agreement with TfL that will see the seven new docking points installed by the end of this year.

Under Labour Lambeth has become one of the best places in London for cyclists. We’ve introduced a 20mph limit on all our roads, installed more secure cycle spaces than any other borough and re-designed dozens of dangerous junctions.

“Extending the bike hire scheme further south into the borough is excellent news for Brixton and something we have campaigned for a long time. I’m delighted that the Mayor is as committed as we are about improving cycling infrastructure and making it easier for people to swap their cars for more active modes of transport. This all helps to make people fitter and healthier, reduces the congestion on our roads that is contributing to such poor air quality, and reduces the burden on other forms of public transport. I’d encourage everybody to give it a try and get cycling.”

“I’m thrilled that we are expanding our iconic cycle hire scheme to Brixton. We’re working hard to make cycling more accessible across London and this will make a real difference to those living in, working in or visiting Brixton. It’s another step forward in our work to improve air quality and the health of all Londoners.”

The bikes will be available for as little as £2 per day and details of the locations of the new docking points will be confirmed later this year.